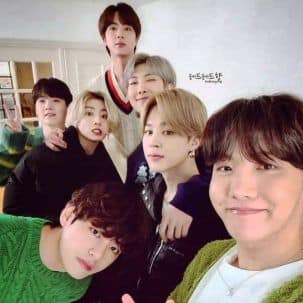 The K-Pop kings BTS is ruling hearts of music lovers the world over. In fact, many people compared them to the timeless band, The Beatles from England. We have seen conversations on social media where people who adored the likes of John Lennon, George Harrison and Ringo Starr are equally happy to see the success of the BTS. The Army has people who are in their 50s-60s too. Let us take a look at the five factors that lead to many comparisons between BTS and The Beatles… Also Read – BTS drops the video call version of BE title track, Life Goes On, sending ARMY into a tailspin — watch video

Rocking hitmakers
After The Beatles, BTS is the first band to have three Billboard No.1 albums in one year. The Beatles had a record of 21 songs that reached the top position on the Billboard charts. It is a record that will be very tough for any band to overtake any time soon. Also Read – Week that was Hollywood: Priyanka Chopra’s double date, BTS’ J-Hope’s massive donation, Courtney Cox’s Friends throwback

Award winners
The Beatles have eight huge wins under their belt. In 1970s, they won the Academy Award for Best Original Song Score. The film was Let It Be. The BTS have won Billboard Music Awards and American Music Awards. In 2020, they made history when they became the first K-Pop sensation to get a nomination at the Grammy’s. The song was the chartbuster, Dynamite.

Fan base
Social media has given BTS humongous popularity all over the globe. They have their Army, which celebrates every little development of BTS, or of the individual members. The Beatles had Beatlemania that engulfed the world. Till date, people love merchandise that reminds them of The Beatles. And just imagine if social media was there at the time of the retro band.

Art with a heart
Unlike many bands, BTS songs do not deal with love or sadness. They have songs that deal with issues like identity, failure, mental health and so on. The Beatles also wrote songs condemning the Vietnam War and world politics. This is one thing that has been noticed by music and pop culture observers.

For the uninitiated, The Beatles were a band of boys formed in Liverpool in 1960. Over the years, they are considered as a cult group for their creativity and artistic interpretation. Like the BTS Army, the band has loyalists in every generation till date.

Dharmatic Entertainment Projects For Netflix You Need To Know About!

Migrants smuggled through border fence before SUV crash in California