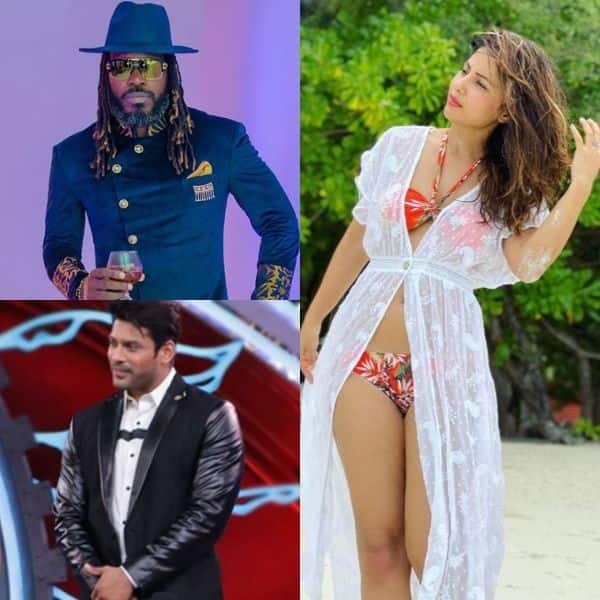 As the curtain drops on another day, it’s time to look back at the biggest newsmakers who’ve made it to the trending entertainment news today. From Chris Gayle choosing an actor for his biopic and Malayalam star Tovino Thomas being critically injured to Sidharth Shukla being unhappy with the performance of the new contestants, Hina Khan revealing how life changed after Bigg Boss and Gautam Gulati possibly entering Bigg Boss 14 as the fourth mentor – Hollywood, Bigg Boss and the South all grabbed headlines to make it to the trending entertainment news today. Also Read – Bigg Boss 14: Abu Malik aka Fifi talks about his favourites from the current season

So, without further ado, here are the entertainment newsmakers of 7th October 2020:

Chris Gayle chooses an actor for his biopic

In an exclusive interview with BollywoodLife, international singer Avina Shah and legendary cricketer Chris Gayle got talking about their Caribbean-Punjabi-Hindi mashup song, Groove, with the former waxing lyrical on how talented a musician Gayle is, and the Universe Boss disclosing which actor should play him in his biopic and his plans for venturing more into the entertainment world in future, while also taking a short trip down his amazing cricketing journey. Also Read – Bigg Boss 14, Day 5 Preview: ‘Aisa doongi naa,’ Pavitra Punia warns Rahul Vaidya after a fight on chores gets nasty — watch video

The mishap happened while Tovino Thomas was shooting for an action scene for his upcoming film, Kala, and suffered a critical injury to his stomach, resulting in severe abdominal pain

Sidharth Shukla unhappy with the performance of the new contestants

The Bigg Boss 13 winner is clearly displeased with how the new contestants are going about their job even though the show has just begun, and has expressed in his concerns to Rahul Vaidya, citing how he finds the current seasons a bit off as compared to his time on the show last year

Read the full story here:Bigg Boss 14: Senior Sidharth Shukla unhappy with how the contestants are performing in the house

In the recent clip of Bigg Boss Season 14, Hina Khan can be seen narrating how Bigg Boss impacted her life and the difference she feels after exiting the show

Gautam Gulati to enter Bigg Boss 14 as the fourth mentor?

Gautam Gulati, winner of Bigg Boss 8, was earlier scheduled to participate in the current season of the controversial reality TV show as a mentor, but he couldn’t join owing to shooting commitments

Trump Could Make GOP Bigger and Stronger, or He Could Destroy It