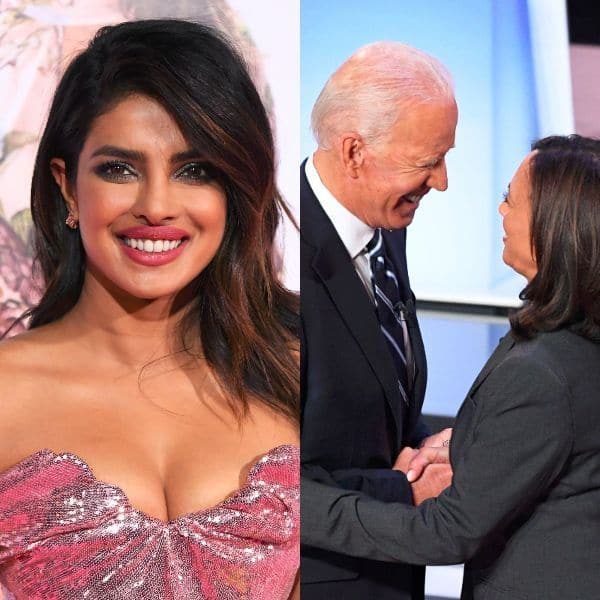 Priyanka Chopra took to Instagram to congratulate America’s new President, Joe Biden and Kamala Harris. She wrote, “America spoke in record breaking numbers and the verdict is in… EVERY VOTE counts. I applaud everyone who voted in what was such an powerful display of how a democracy should function. It was amazing to witness this election in the US. Congrats to the President Elect @joebiden and Vice President elect @kamalaharris, the first woman VP! Dream Big girls! Anything can happen!! #DemocracyRocks Congratulations America.” Also Read – Priyanka Chopra, Kajal Aggarwal, Nimrat Kaur laud Joe Biden and Kamala Harris after US presidential elections win

She added, “I loved the idea of being married, I was fascinated with the idea of being a bride when I was a child without realising what it really meant. But when I got in my 20s, I said I have got things to do, I didn’t know what it would have meant. When you find the right person, everything is so comfortable and not everything is the effort I thought it would be.” Also Read – Priyanka Chopra recalls how she handled wardrobe malfunction on the Miss World stage

Priyanka also said that she is very ambitious and that has become her strength now. “I’m very ambitious. When I was first growing up, I thought that that was seen as not really a good thing when a woman was too ambitious. And slowly over time, I realized that was my strength,” said the actress.
In June 2018, Priyanka had shared the cover of Unfinished. “The feeling of checking something off your ‘bucket list’ gives you an indescribable sense of accomplishment…and that’s where I am in this moment. I’ve always wanted to write a book, but the timing never felt right. With each opportunity that presented itself, my first instinct was always to wait…because I wasn’t (and I’m still not) finished,” she had written in an Instagram post.

Data Analysis Identifies the “Mother” of All SARS-CoV-2 Genomes

Go Fall In Love With The Art Cinema Frame By Frame