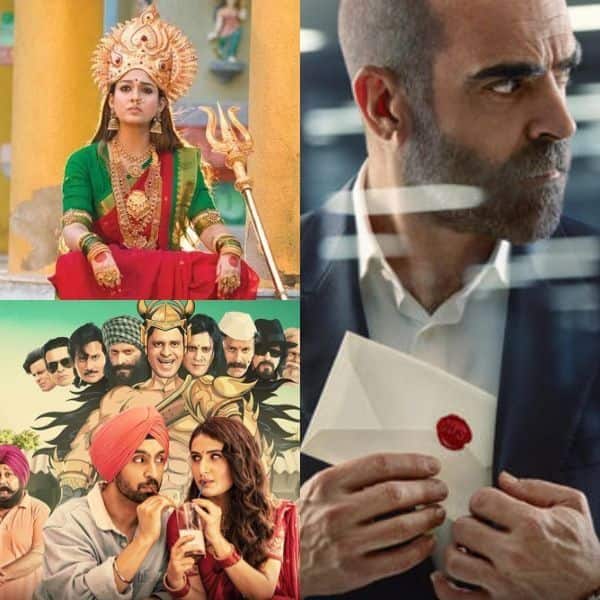 It’s a new week, and that means it’s our job to lay down your dose of entertainment. And the good news is that this time there may finally be a new theatrical release for Bollywood. However, as cinema halls across the country are just about finding their feet again post lockdown, no other new releases are slated to hit their screen, which again leaves OTT platforms as our source for entertainment this week. Now, with so many streaming services and tons of titles on them to choose from, we’ve decided to streamline it down to five web series, web films and as mentioned before, a theatrical release to boot that have or are releasing across these seven days, which are perfect for your binge-watching needs. Also Read – Fatima Sana Shaikh again opens up on Thugs Of Hindostan’s debacle; says, ‘I cannot deprive myself of the fun I had shooting the film

Angad Bedi and Sikandar Kher square off in this saga of Mumbai’s underworld vs encounter cops back in the 90s. Also Read – Suraj Pe Mangal Bhari review: Manoj Bajpayee-Diljit Dosanjh and the ensemble cast make it a decent enjoyable affair

Revolving around a millionaire publisher, who’s blackmailed under unique circumstances by a mysterious organisation just as a journalist is about to break a sensational story — this 6-part Spanish limited series has already generated a lot of buzz. Also Read – Suraj Pe Mangal Bhari song Ladki Dramebaaz Hai: Diljit Dosanjh and Fatima Sana Shaikh’s cool moves will get you grooving to this party number

A devotional comedy and a clean-family film, with a dash of satire that attempts to showcase the importance of faith without superstition while also imparting a bit of old-school values. RJ Balaji (who’s also written and directed it), and of course, Lady Superstar Nayanthara, are the main attractions to watch this.

Another clean, clear-cut family comedy, this Manoj Bajpayee-Diljit Dosanjh-Fatima Sana Shaikh starrer is the one to have hit theatres, and the reviews for the wedding caper are already quite favourable.

What can be said that hasn’t already been put out there about this critically acclaimed and immensely popular show — just sit back, relax and watch the fifth season. And if you haven’t caught it before, now would be as good a time as any to binge-watch this show.

So, which of these releases will be the first on your watch-list? Tweet and let us know @bollywood_life.