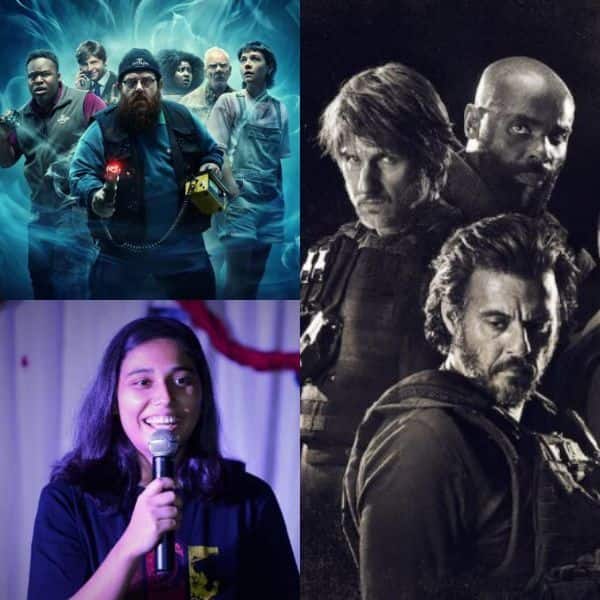 A new week dawns, and that translates to one thing for us — laying down your dose of entertainment. And since there are still no new releases hitting theatres despite multiple cinema halls across the country being reopened with safety measures intact, the only succour available is OTT platforms for your entertainment fix. However, with myriad streaming services and copious titles on them to opt for, we’ve decided to funnel it down to five web series and web films that have or are releasing across these seven days, which are perfect for your binge-watching needs. Also Read – Actors Kate Mara and Simon Pegg are being approached for Vaughn Stein’s thriller Inheritance

A team of paranormal investigators, filming ghost sightings, stumble upon an enormous conspiracy that could spell Armageddon for the human race. This British horror-comedy show reunites the famous combo of Simon Pegg and Nick Frost. Also Read – Simon Pegg opens up about his fight against alcoholism and depression, says it as “awful” and “terrible.”

Standup comedian Saloni Gaur, better known by her stage name, Nazma Api, is ready to tickle our funny bone with a humorous take on current affairs from a middle class point of view. Also Read – Tom Cruise expected to arrive in October to shoot for Mission Impossible 6 – read about his India schedule

A refugee couple who escape war-ravaged Sudan for a better life in an English town, find their hopes of a better future jeoparidised when they discover a great evil lurking beneath the surface of where they live.

This French action-thriller, starring some of French cinema’s biggest names like David Belle and Jean Reno, promises all the ingredients to keep adrenaline junkies on the edge of their seats.

The Day of the Lord (web movie) – Netflix(30th October)

Another horror movie from Netflix for Halloween to satiate your appetite for the supernatural.

So, which among these OTT web shows and web movies will be the first on your watch-list? Tweet and let us know @bollywood_life.

V loses his balance while doing Yoga, and does a Namaste in the end

Mississippi Wants to Get Rid of Income Tax

FBI Cannot ‘Disclose the Cause of Death’ of Officer Brian Sicknick: Director Wray