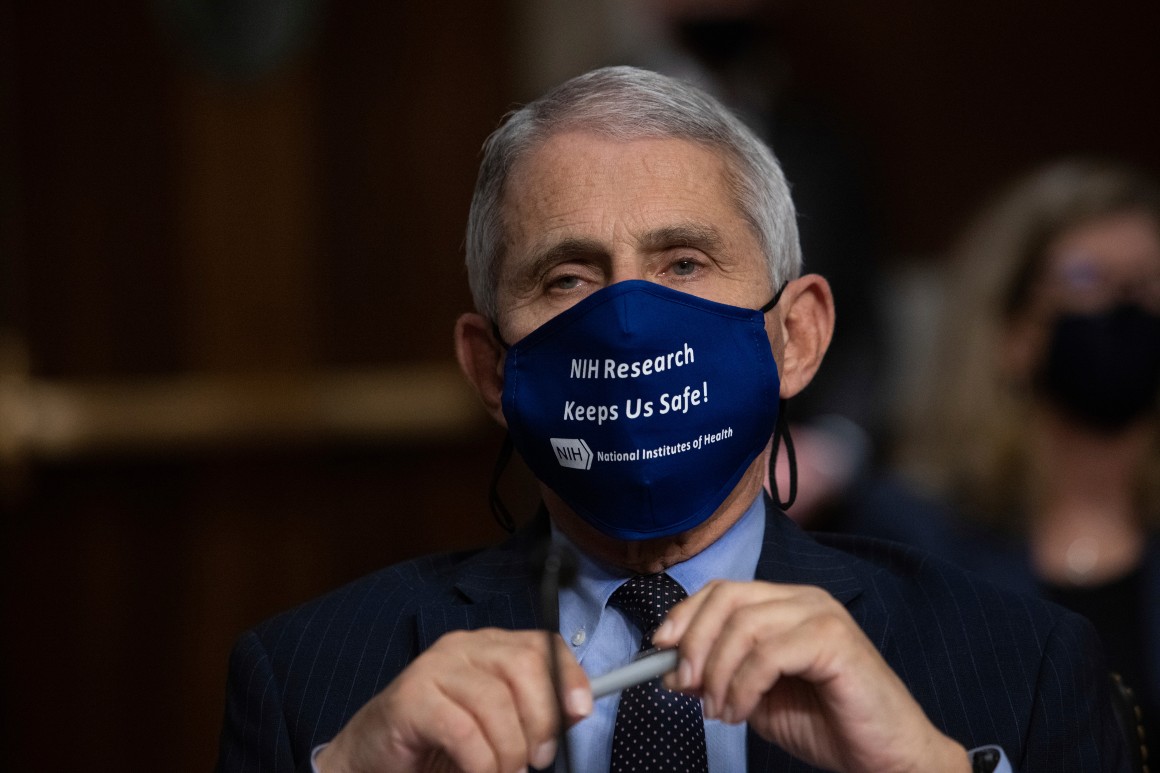 “Now we have two vaccines that are really quite effective. So I think this is a really strong step forward to where we want to be, about getting control of this outbreak,” Fauci said, describing Moderna’s data as “striking” and “really quite impressive.” The National Institute of Allergy and Infectious Disease, which Fauci heads, has provided Moderna with research funding and is running the trial testing its vaccine.

But Fauci also reiterated his concerns from over the weekend about the lack of coordination between President Donald Trump’s administration and President-elect Joe Biden’s transition team. “Transitions are very important,” he said, adding that it is critical to ensure a smooth “passing of the baton without stopping running.”

“This is something that just is now going in the very, very strong, right direction,” Fauci said of the fight to discover a Covid-19 vaccine. “The vaccines are effective. We want to get it approved as quickly as we possibly can. We want to get doses to people starting in December, and then we want to really get the ball rolling as we get into” the first few months of next year.

“We want a smooth process for that,” Fauci said. “And the way you do that is by essentially having the two groups speak to each other and exchange information.”

Trump, however, has continued to deny his election loss and declined to concede to Biden, baselessly claiming widespread voter fraud. Health and Human Services Secretary Alex Azar also said last week that the White House coronavirus task force would communicate with Biden’s team only “if and when there’s a determination that there will be a transition.”

Meanwhile, the United States has registered new records of coronavirus cases in recent weeks as the disease has surged across the country. Last Friday saw more than 177,000 new infections — the latest single-day peak — and the country surpassed 11 million cases in total over the weekend. More than 246,000 Americans have died thus far from the disease.